My New Year’s Resolution was to eat healthy, exercise, and save money, probably the same resolutions as everyone else. I was doing really well at first and then disaster strikes! That afternoon I stopped at Truly Free Bakery and had myself a Ground Turkey Quinoa bowl. It was truly delicious with a side of their homemade teriyaki sauce. What I like about Truly Free is that everything is organic and made from scratch. So what went wrong?

We really wanted to go out to dinner that night, my fiancé had been gone for a week and we just wanted to do something fun. So we went to Beausoleil, a favorite restaurant of mine here in Baton Rouge. And because my best friend had bought me a gift card, we went out to eat with no holds barred. We started out with delicious truffled fried oysters and a mussel frites cooked in a saffron sauce. Divine! My fiancé had the seafood pasta special, which was also cooked in a butter saffron sauce. I had the scallops served over chorizo risotto. Everything was delicious! And just because I felt like being bad, I had the chocolate pot de crème! Melt in your mouth! God, I could go for some of that right now and a glass of cabernet! 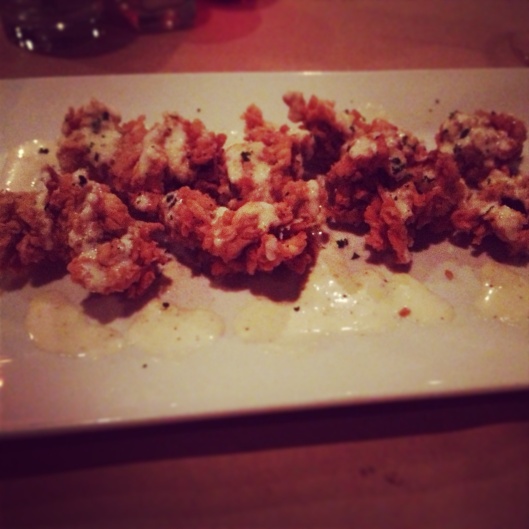 The next morning, because we hadn’t had enough, we went to the Chimes for Brunch. I had The Benediction, which is like an eggs benedict, served on English muffins, with ham, tomatoes and fried crawfish tails. My fiancé had the crawfish omelet accompanied by a bloody Mary. It was great southern comfort food on a cold Sunday morning in January (Louisiana cold, not meant to be confused with New England cold).

You would think we were done after that, but convinced ourselves that pizza was a great idea for dinner! That evening we went to Schlittz and Giggles. I insisted we have the Mediterranean salad to start; it made me feel better about myself. But then we ordered the Kitchen Floor pizza, topped with pepperoni, ham, Italian sausage, bacon, roasted red peppers, green bell peppers, onions, mushrooms, olives, and lots of shredded mozzarella.

We decided it best to end the weekend there, no need to go over board, right? Start fresh in the morning. 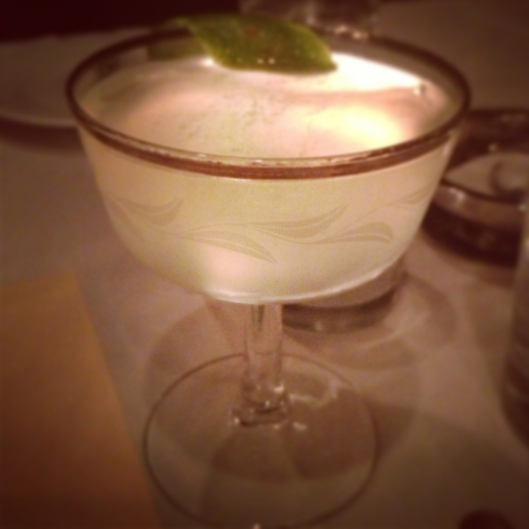 Posted by sweepingthesouth | Filed under Uncategorized